Career: - Goals changed: sponsor’s contentment for Classics is not counted twice anymore; goals are displayed, the race date is now displayed. Magazine improved: fixed some riders pictures and the choice of the rider of the month. Improved the career loading time. Fixed the custom team ranking at the career start and update it when the year changes. National and Global champions are now saved. Training camps: Fixed booking dates for training camps and deletion of characteristic bonus at the end of the training camps.

1.0.3.0 Changelog: 3D - Correction: certain configurations could encounter random crashes while a race was loading. Correction: rider rendered in black on podiums. GAMEPLAY/RACE AI - Correction: In certain cases, AI teams could let too many dangerous, morning breakaways get away at the start of a tour. Adjustment: it is now a bit more difficult for morning breakaways to stay ahead of the peloton at the finish because AI teams try to reel them in earlier on.

Adjustment: at the end of a race, AI teams try harder to reel in morning breakaways containing many riders. CAREER - Functionality: added the possibility to edit fitness peaks of riders on the Objectives page. Functionality: number of Scheduled Race Days added on the Team Schedulde page (resolution 1280x720). 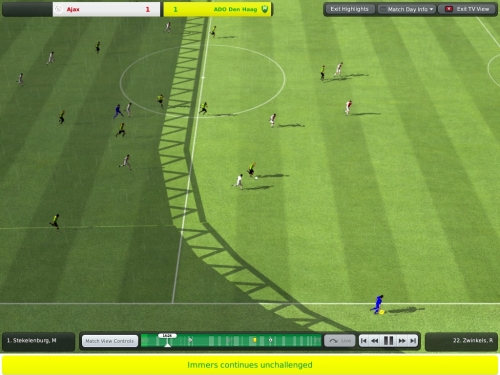